Siju Dog Lovers  I hope you are doing well. In today’s blog I am going to cover all About Suju dogs.

All About Siju Dog or right words Shih Tzu 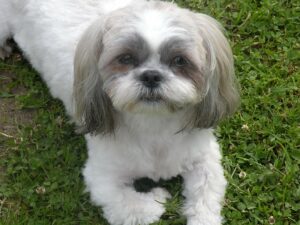 People Call the Dog Breed in India as Siju Dog which is actually incorrect.

I was shocked when I had seen this, many people on the internet Search About Shih Tzu Dog Typing siju Dog from their mobile and PC.

Shih Tzu dogs are one of the Cutest Dongs in India. It is a toy breed dog and been adopted to play in the house

I am not good at mathematics so Cannot say how much cms it is?

But, yes I can say something this dog can be carried on the vehicle easily if you are on a two-wheeler you can take this puppy or dog in a single hand.

That’s really small to have it with you.

Normally, people adopt this breed for their Son and daughter, in simple words children.

Also Read:- Pomeranian Dog Price in Vadodara in the year 2021

Shih Tzu The Great Friends of yours, How?

If you are thinking about buying a Shih Tzu puppy – congratulations! This adorable and loyal dog will most likely become an important and treasured part of your family.

The Shih Tzu is a toy dog; characterized by its proud, sturdy and miniature stature – this dog breed is one of the most popular of the miniature breeds. But did you know it was originally bred to look like a lion?

Shih Tzu’s regal attitude is a result of its long and distinguished history. Recent DNA testing has confirmed what researchers already suspected – the Shih Tzu is one of the oldest breeds of dog. The name comes from that of Xi Shi who is regarded as one of the most beautiful women in ancient China.The earliest history of the Shih Tzu dates back many centuries. The Buddhist monks bred what is now believed was a cross between the Pekingese and a Tibetan dog breed called Llasa Apso.

The Buddhist monks were known for breeding special temple dogs. These monks bred special “palace dogs” for various emperors. As was their custom they sent some of what they then called the Tibetan Shih Tzu Kou or Tibetan Lion Dogs to the Tzu Hsi – the Empress of the Manchu Dynasty. She fell in love with her little dogs and they became common around the palace from then on.

From the middle of the 19th Century the Shih Tzu was bred as a watchdog for the emperors of the Manchu Dynasty. Typical of a Shih Tzu; these little dogs were expected to do little else that sit on laps and be pampered. You can now see where the “pampered princess” aspect of the breed originated from! The Shih Tzu was kept along some other toy dog breeds and while originally they were strictly bred in separate quarters but it is believed that after the empress died they were crossbred with the other dogs.

The Shih Tzu’s were not kept separate from the other palace dogs and today’s Shih Tzu’s have traces of Pekingese and Pugs thanks to the sloppy breeding practices at the palace.

At this time it was somewhat of competition in China between various palaces to produce the best-looking dogs with the most beautiful colourings and coats. Breeding practices became guarded secrets and sadly the records of the Shi Tzu’s rich and unique heritage will never be known.

Today’s Shih Tzu’s are a popular breed that is widely loved and make a great royal companion.

Let’s Know more about the siju Dog as you say and shhih tzu Dog Breed as we say.

The Shih Tzu dog breed is one of the most popular breeds in the world. But there’s more to this little dog than meets the eye. In this blog post, we’ll take a look at the Shih Tzu’s history, temperament, and care needs.

The Siju Dog  or  Shih Tzu is a toy breed that originated in China.

The breed gets its name from the Chinese characters for “lion” and “dog.” The Shih Tzu was originally bred to be a companion dog for Chinese royalty.

Today, the Shih Tzu is beloved by dog lovers around the world for its pleasant temperament and affectionate nature. This breed is known for being outgoing, playful, and loving. They make excellent companion dogs and are great with children. While the Shih Tzu is a relatively low-maintenance breed, they do require some special care. For example, their long coat needs to be brushed daily to prevent mats and tangles. They also need to be groomed on a regular basis to keep their coat looking its best. If you’re looking for a small dog with a big personality, the Shih Tzu is the breed for you!

Labrador dog price in India in 2022

Pomeranian Dog Price in Vadodara This is what you searched on Google and you reached out to this Blog. First of all, Thanks for visiting our World of POMPETS. We create this kind of Blogs time to time. If you like this kind of information please click on the allow notification and stay updated with […]

Siju Dog Lovers  I hope you are doing well. In today’s blog I am going to cover all About Suju dogs. Let’s Get Started. All About Siju Dog or right words Shih Tzu People Call the Dog Breed in India as Siju Dog which is actually incorrect.  I was shocked when I had seen this, many […]